Congrats to all of you :)

Congrats to all!!
Hi
Top

Author's of topics in these sections can add these attributes to their topics.
Top 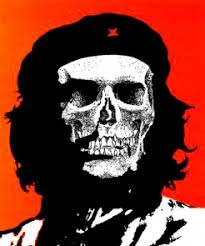 Patrick wrote:Congrats to all of you

Could I please get an admins point of view on Ultor's case? Why kick him from the team if you're just gonna accept him straight back in? What's the point of having the VAC rule if they can just come back?

I'm not saying accepting him was a bad choice, hes more than capable of handling the member position, just wondering why that rule has been made.
Top

The reason why ultor was removed in the first place isn't because he was VAC banned per say, it's because he was not able to play on our servers because of it. Having a moderator that is not able to play on the servers is a waste of space, so we had a chat with ultor about the case and found out that it was best to remove him at that time. Problem with VAC bans is that valve does not give you the reason for your ban and its extremely hard to get it removed if you believe you havet done anything wrong. Also there are several ways for one to be VAC banned, many of those not something we hand out bans for in the first place on our servers.

We decided to accept him again because his pro's far exceeds his negatives as well as not being able to prove anything in regards to the VAC ban. If anyone sees anything suspicious in-game feel free to contact any admin about it and we will take a look at it.
"If one man can create so much hate, imagine all the love we can create together!"