Cruxell wrote:Freddy and Karn what are your thoughts on the game thus far?

u fucking imbicile i know karn is mafia

Been sitting on the fence and seeing what people have to say, haven't really concluded anything yet so not gonna vote for now.

Sorry for joining the party late , been busy.
Welp, typical small mafia games, random votes in the first round to decide how the whole game will go lol.


Will keep it a for the moment, and see how it goes in r2, if i am still alive by then x)
Top

Round ends in slightly less than an hour.
You must disregard the statement I am currently making because every statement I make is inherently false.

Lawliet was a Normal Villager (cursed).


R2 has begun and will end 48 hours from now
You must disregard the statement I am currently making because every statement I make is inherently false.

Youre a player who usually put in alot of input and thoughts. Youre very quiet. Karn is also very quiet. So im going to shine light on both of you.

I somewhat agree with what Blaze is saying and for that reason, I am voting Cruxell.


Now we are 7 players. I am the cop. I dumbly claimed openly to emziek without thinking cause I thought I could trust him cause he is swedish. But now Im going to do the best out of the situation.

I am quite unsure which one is what but I am going to strategily put out what is going to happen and how we have a 100% win if doctor, wertydoo and fred decides to trust me now.

This dosent exactly explain how we trust you, HOW do we trust you Blaze?!?!?!(To: Doctor, Werty and Louay and last innocent player)
Possibility 1: (Worst case for mafia) Mafia kill me, and I am the cop.
Right now having the cop alive will make mafia 100% lose since we will either find the last innocent player or the doctor, which will secure another party to our lynchtallys or we will find one of the mafias which will secure a 100% death which will mean, Im going to die tonight and it will show up on the round end saying I am the cop. This will prove my point, the doctor will contact werty and fred and its a 66% chance for the villagers to vote a mafia out.

Possibility 2: They kill werty or fred which will further prove one of them are villagers. This will also give me one more round to peek and will either give us a doctor, a mafia or another innocent which will cost them the whole game. And we will get a 100% win out of this.

Possibility 3: (Best case for mafia) They take the risk to shot one of the 2 players in the list of players that which are not proven innocent, which is Louay, Emz, Karn and Crux. By doing this i have a 1/4 chance to peek the same target they will do tonight. Does this happen it acctually favors them ALOT, as they have a 50% chance to kill the doc and 25% chance I peek a dead player. But this also narrows down the list to 3 suspects. This makes the next lynch a 66% chance to kill a mafia.

TLDR: Either outcome that happens and we will have a big chance to win. Just if we play our cards right, right now.

But what if you are the mafia and you staged this whole thing up? (To: Doctor, Werty and Louay and last innocent player)
If I was mafia I would stupidly claim cop to 2 people who could be cops, which is a risk a mafia wont take. Second, DO YOU SEE ANYONE ELSE CLAIMING COP? If I falesly claim cop the real cop will come out obviously since they get a free mafia kill, and have peeked 2 players which will they prove as innocent? Mafia wont dare to claim cop since they will know that it will fuck them over as the situation stands and draw attention to them. The better alternative is to play by possibility 1 or 3 for them.

Also If the mafia decides to claim doctor it will be a bit tricky. Fred werty or me Will openly say if someone claims doc as we want to be sure we dont get a mafia claiming doctor. If we get 2 doctorclaims this means we will get to peek 1 of the doctors that night. This will make us get a free mafia kill and be 100% the other person is the doctor. Since doctor will protect me (the cop) or himself and mafia will either shot the doctor or the cop that round.

How do we win? (To: Doctor)
I do NOT want the doctor to contact me, but I prefer he protects me as this will give us Possibility 2 or 3 which are the higher chances to get a win as we can peek. This will also make mafia not false claim doctor to werty, me or fred next round depending on who is alive

Is there any other way way mafia will play right now?

What do we do now? (To: Doctor, Werty and Louay and last innocent player)
Wait and see how mafia plays, and out of this we make a move.

wait why lawliet is lynched? he had 1 vote and i had 2
Top

Welp, due to people fucking up the tally the wrong person got lynched. I can either let the game continue as-is, or I can do a re-roll of the game since it’s only R2. Things are slow at work today so if there are 4+ people voting for this I can possibly send new roles out today and start a new r0.
You must disregard the statement I am currently making because every statement I make is inherently false.

Freddy wrote:Been sitting on the fence and seeing what people have to say, haven't really concluded anything yet so not gonna vote for now. 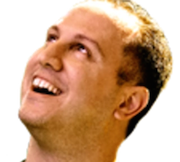 i will contact lawliet, either we switch roles or let the game goes
Top

whatever you guys decide, I'm with it.
Top
Post Reply
72 posts