We got a few french people in this community, is everybody okey?

I feel sorry for the people that are affected. Hope everyone here (as well as relatives, friends, etc) are okay!
former

From what i've seen so far, Noizebeat (if he wasn't in paris that day) and i are safe since we live in the same town. Giiirl is the only one i know in nD that lives in paris and she already told me she was fine. I checked on my friends from paris and they are fine as well so all good for me. 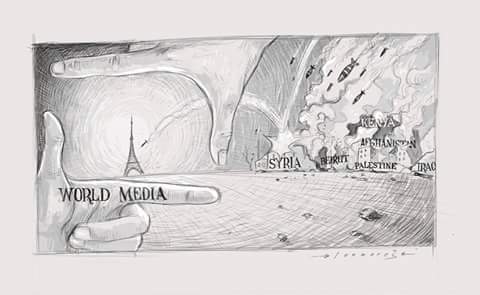 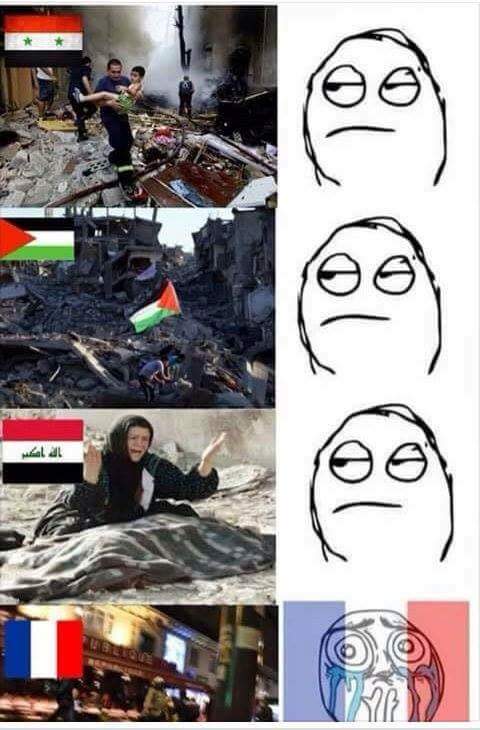 I'm ready for the hate.

These users thanked the author Modz for the post (total 2):
Z!kooo, Saad

Mod wrote:I'm ready for the hate.

Good cause you're probably gonna get a lot of it.

It's awfull what happend in Paris, but Mod does have a point to be honest.
"Gisteren is gisteren, vandaag is vandaag"
Top

I see a lot of flags going up for France and prayers being sent out to them, which is only right.
So why don't I see people doing the same thing for Pakistan, Syria, Libya, Iraq or Lebanon?
You hear about one or two incidents in France and everyone suddenly has a conscience. When families are getting and have been getting bombed and shot down nearly every day in other places.
You wanna support France then support other places going through the exact same thing.
You wanna put up a flag for France then make some space for a couple more flags.
Just a thought.

These users thanked the author Starzy for the post (total 2):
Modz, Saad

pretty simple logic really, you can't compare the war-torn middle east to the capital of a first-world country. Also all these people pretending to care about the suffering in the middle east now when they didn't give any fucks before are just idiots looking for a reason to be offended

Lol, best comparison ever. It's about innocent people dying. It doesn't matter if its Paris or the middle east. When terrorism is coming to close people are crying their eyes out, but when it happen in the middle east, nah it's normal.. bullshit.

These users thanked the author R1CKY[JJ] for the post:
Saad

pretty simple logic really, you can't compare the war-torn middle east to the capital of a first-world country. Also all these people pretending to care about the suffering in the middle east now when they didn't give any fucks before are just idiots looking for a reason to be offended 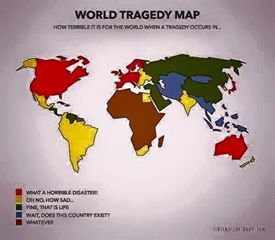 Terrorism creates sadness whenever it strikes mod. If it can make you feel better, let just say this attack on paris will probably change opinions about a lot of situation in the middle east (in france at least) since whenever i used to talk about it with people one year ago, they took the whole Daesh situation as if it was something far far away and weren't really paying that much attention to it. The funny thing is that at the start, people were talking about "Moderated rebels" and the media attention was focused on the syrian president since France wanted to strike the syrian government at the time. So you can imagine their surprise when i was saying i was more on the president side than on the rebel ones. I sounded literally crazy. Now things change and people are more inclined to believe that this side isn't that bad but media is still talking about ...Ehum... "Le choix entre la Peste et le Cholera", "The freedom of choosing between Plague and Cholera"

I'm not a history amateur, i just want to know some stuffs here and there and you shouldn't be mad mod cause of the "media side" of things. I met a lot of people who knew the main media channels were flawed and tried to form their own opinion based on what they could find on the net, and even with that, they were confused about a lot of things happening there.

Even now, the media is talking about the fact that they are doing such a great job in syria that daesh is "expressing their frustration and retaliation with this terrorist attack". Bullshit. One of Daesh's aim was always to get a grip of Europe and it has nothing to do with France striking them in Syria.

History is created by winners.

Return to “Trash (The Lounge)”

Users browsing this forum: No registered users and 15 guests