Fuck it, let's play some mafia.

Game Specs:
Spoiler!
Common Game Type: Open - All rules are posted in the thread and any player may expect answers to any setup questions they ask.
Common Action Timestamp: No Surprises - Voting and actions are held in tight order. Any votes or actions after the deadline will not be counted, even if the Host hasn’t posted Sunset or Dawn yet. Any action not taken will be lost; the Host will not extend a round or give you a random peek or kill.
Common Voting Type: Timed Lynch - At the end of a certain amount of time, the player with the most votes is lynched.
Common Tie Breaker: LHLV - In the event of a tie, the player with the Longest Held Last Vote, or LHLV, is lynched. Basically, the player with the most votes just before the tie is lynched. If a player is tied with No Lynch, no player will be lynched regardless of LHLV.
Common Ghost Etiquette: RP Play Style - Once dead, players may post in the thread and join public IRC so long as they don't make game related posts or comments. They may not PM other players about the game or have private conversations on IRC. If you have data that you'd like to share, please, do so before your death. Dead Mafia/Wolf players are given a partial exception and are allowed to PM other Mafia/Wolves. All players are always free to talk with their Host in private IRC or PM.
Common Game Start: Hospitalization - Before the First Round starts, the Wolves/Mafia will choose one player to attack. That player will not be killed, but will be hospitalized and thus can’t vote in the first round.
Common R0 Peeks: Random Negative - Every player who can peek is given a random peek from all players who would return "No" or "Not X" other than the peeker.
Common Death Reveal: Full Reveal Upon Death- All players, when they die, will have their full role and alignment revealed immediately upon death, in additions to any items they had, locations they were in, when they died (in the case of temporal manipulation powers), and whether any loci were active.
----------------------------------------------


This game is designed for 16 players.


Cop: May peek one player each round for alignment.

Deputy: Will become the new Cop if the Cop dies.

Doctor (x2): May protect 1 player each round. Overdose* rules apply.

Don: May peek a player each night to discover their role.

Hitman: Once per game, has an extra shot.

Medic: May save one person from death each night. Overdose* rules apply.

Trainee: Starts as a goon, but will assume the role of the first mafia member to die.


Serial Killer: You may stab one person per night, peek one player for role per night, and have a one-off tough. Additionally, you are a Meth Addict.


Meth Addict: Because of your weakened immune system, doctor protection has no effect on you. However, because of your increased tolerance of many substances, you cannot be killed via overdose. In addition, your drug-fueled charisma causes you to gain an extra vote. (Given to the Serial Killer and one random Village player).


Tough: You will survive one action that would otherwise kill you. (Applied to the Serial Killer and a random normal Villager).

Miller: You will always peek as "Serial Killer" to the Don, "Mafia" or "Third Party" to the Cop (randomly rolled on each peek), and a random living Mafia role to the Serial Killer. (Applied to a random normal Villager).

*This game, since there are 3 doctors total, invokes the Overdose mechanic: If a person is protected by more than one doctor in a single night, they will die.
--------


I will expect strong activity out of every player who participates in this game. If you do not expect to finish this game, do not sign up.

Specifically, I will expect every player to vote and make a game-related post at least once each round. Failure to do so will result in an immediate modkill at the end of the round. It is also strongly recommended that players be active in private chat as well.

I also expect each player to do their best to play for their team's win condition. Deliberately attempting to troll or sabotage your own team for no good strategic or tactical reason is unacceptable. I really hate that I have to say this as it should be common sense, but we've had problems in the past with it, so here I am.

These users thanked the author HATER for the post:
Mendel

You must disregard the statement I am currently making because every statement I make is inherently false.

fuck the rules. Im in

for attempt number 3
You try to give your love away because you cannot bear its radiance, but you cannot separate it from yourself. To understand your fellow humans, you must understand why you give them your love. You must realize that hate is but a crime-ridden subdivision of love. You must reclaim what you never lost. You must take leave of your sanity, and yet be fully responsible for your actions.
Heart-Break
Top

Yo, I want signups filled and this game started in like a day. Let's fuckin do it
You must disregard the statement I am currently making because every statement I make is inherently false.

It should also be noted that I will rarely, if at all, be sober while hosting this. yeeeeeee boi
You must disregard the statement I am currently making because every statement I make is inherently false.

Btw this is a pretty casual game, feel free to not try too hard, I just want to see a game or two of mafia get run around here because this community doesn't seem to play all that much anymore and that makes me sad when im tipsy
You must disregard the statement I am currently making because every statement I make is inherently false.

HATER wrote:Btw this is a pretty casual game, feel free to not try too hard, I just want to see a game or two of mafia get run around here because this community doesn't seem to play all that much anymore and that makes me sad when im tipsy

Also, what's the round length, and what time will it end at? 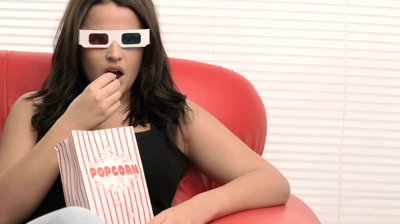 it would be more fun if everyone had a role... roles like lookout, roleblocks, transporter, etc
Top

Ultor wrote:it would be more fun if everyone had a role... roles like lookout, roleblocks, transporter, etc

yea ultor, so when everyone roleclaims openly with a open roleset the mafia will lose immidietly. Since Mafia/SK cant fake a role or be a "normal villager". That means 4 people will claim same roles as the others and we can just kill them.

Users browsing this forum: No registered users and 33 guests