Steam ID :STEAM_0:0:24984174
- NickName: Mr.Mackey
- Age: 26
- Gender: Male
- Experience Level (including any previous admin work): Experienced, used to be an ZM member back in 2009/10
- Average amount of time on our servers per day: usually during the evenings, approximately 1/2 hours a day (tops)
- Approximately, when did you start playing on our servers? July 2009
- After answering these questions, please provide a brief introduction of your life (hobbies, studies etc.) as well as your motivation for helping to moderate our servers.

Most of you know who I am. For those that don't, I'm Mr.Mackey. You can usually find me at the ZP Respawn server. I'm still studying (I know) and doing the daily things that most of you do. Feel free to message me if you need more info about me. I used to be an ZM member back in the day so I know how to settle things in the server(s). Long story short, since there are no members left in the ZM team - I'd like to sacrifice myself for the sake of the server (figuratively speaking). I know that it won't be easy monitoring the server on my own but I know that I'm good for it. I'd love to be a part of the team. Remember, 1 is always better than 0

Glad you made this decision

These users thanked the author Queen's Revenge for the post:
doeda

Hey mackey its indeed really nice to see that u are actually applying.

I think you are capable of being a member since you was one before. You are mature and I see that you care about the zombie respawn server because you are calling me everytime if someone is rulebreaking. We also need some zombie mode members and you are one of the few zombie mode players who is active enough both on forums and in-game.

Overall I will vote a big yes !!

Good luck with your application mate , wish u the best of luck !!

These users thanked the author Supercell for the post (total 3):
doeda, Shotex, Mr.Mackey

I will say YES. The server needs someone that is neutral to other players and doesn't break the rules himself, plus you were a moderator in 2009/2010 which that makes it even better.
Last edited by Jmmys` on Sun Apr 16, 2017 7:19 pm, edited 1 time in total.

These users thanked the author Jmmys` for the post:
Shotex

Well, the server desperately needs an active member anyway and you are a decent person yourself.
YES from me.

These users thanked the author Bob Vegana for the post:
Shotex

Queen's Revenge wrote:Glad you made this decision

pretty much that..
anyways I will vote YES
good luck!
Top

Pretty sure you'll get accepted. gz

These users thanked the author Potato for the post:
Shotex

I have no words that can describe how nice and helpful you are.....I havent seen you in zombie but when I saw you in jb and oldschool it was quite nice to have you on the server.....I dont have any idea why you wouldnt be accepted
DEFINETLY A YES!

These users thanked the author Romeo for the post:
Shotex

These users thanked the author Mr.Mackey for the post:
Shotex

-Really nice guy
-Born in The Netherlands, Amsterdam
-Is really active in-game
-You are well known in the community

try to be more active on the forums , join forums discussion , because its really important that u are active.

y only because this dude is born in Amsterdam he should get accepted.

These users thanked the author Wayne for the post (total 2):
Shotex, Mr.Mackey 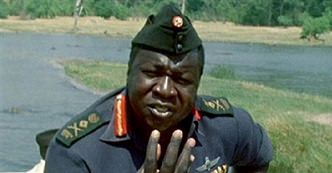 I wanted to reply ever since you made the application, but not without some previous observation. You definitely have all the pros listed above. Besides, what I would like to hightlight about you is that you make ZM a pain in the ass by killing me really enjoyable to play. You are both very cheerful and helpful encouraging the players to interact with each other. You have common sense and a rapid active response when spotting rulebreakers (I would suggest making a couple of reports in case people mention that).

Good luck and I hope to see you in red soon :)
Top

Wow. When I saw you on JB the other day I was glad to see you playing on our servers again but honestly never thought you would even want to return to member.

While you've been around the community a long time I don't really actually know you that well tbh. I think I was a regular around the time you were a member (minding my own business, not really looking at how others behave). I do vaguely remember some disagreements but 1) no idea about what and 2) it was a loooong time ago and we (I'm sure) are both way more mature now than 6-7 years ago.

I am quite confident that firstly you will handle the responsibility of ndmenu powers easily - that is to say, I think you are very unlikely to abuse the powers. I think your overall maturity is going to be up there towards the top of the members if you were to get accepted so I feel pretty confident to back you and just let you get on with stuff as you know how stuff rolls around here - if you do get accepted maybe just scan over the member guide/zm rules again to familiarise yourself with any changes we've made since last time you were member though.

My only slight concern is whether or not you will really put in the effort required to continually moderate a server (as I've not played zm with you, no idea if you already moderate now) - especially if you're the only one there. Still, some help is better than none as you put it yourself and time is really the best way to tell this anyway.

tl;dr: I think you will do a good job as a member and I hope you will be one of our best members if you are accepted.

These users thanked the author Konijn for the post:
Mr.Mackey

I decided to comment as well in your application. I've been playing with you a few times on ZM and finally got enough for a picture of the abilities you have.

You do have alot of pro's and some of them has already been mentioned, but to sum up:


Patrick wrote: Apart from this, I would like to mention that you have 0 report and, hence, it would be nice to see some reports from you. I’m not saying you need to be reporting like crazy, but just a few reports show us that you are indeed capable of handling different issues that may come up on the servers.

tl;dr: I think you are more than ready to become a member of the Zombie team.

These users thanked the author Patrick for the post (total 3):
Mr.Mackey, Fish, KyuHyunie~

Clear no from my end.

I must admit that I often indulge in believing that previous criteria in order to get accepted were stricter and you could hence expect the candidates to meet a certain level.

Yet when I read that you used to be member yourself, I had to realise that I rather was indulging in false assumptions. Besides I don’t see any relevant pros mentioned amid the people who appear to support you. From the “argument” of you being an ex-member to the claims of not seeing any reasons why not to accept you to justify you being good member-material, I have yet to see a valid point.

I shouldn’t have to remind it to you since one of your main cards consist of pretending that being an ex-member implies you to […know how to settle things in the server(s)] but still, once member you get invested with power on all of the 1.6 nD servers.
Including the Jailbreak one, which brings me to an incident, in which again you are “oddly” involved. The situation couldn’t have been clearer: commander tells you not to throw a nade at CTs or else you’ll end up killed. You throw a nade. You get caught red-handed. I kill you. Simple (or not for everyone?). BUT… You then started all the drama, spamming and requesting the reason of your being killed. As a response, you first get rightfully ignored: You’re applying, you knew exactly the (obvious) reason and that’s not something expected from a candidate. But you kept on insisting to the point of getting on my nerves. To rub it in you even eventually managed to ask me whether I was certain that you indeed threw the nade? Would you have had powers, I’m sure that you wouldn’t have taken actions against me… since according to Patrick’s post, you seem to have an outstanding common sense? If anything I can see that’s a player skilled at creating problems.

To crown it all I have also witnessed you getting severely trolled and holding a contradicting speech in the chatbox within a short period of time. We don’t need new members who make no sense at all to become trolls’ puppets.