Makita wrote:A game that there are are two kitchens and two T's have to prepare a dish and the dish that the commander likes the most will win. You can also add tables there of course for bhop-games.

Schlumpf wrote:You can find the newest Updates to the map here:
http://www.neondragon.net/viewtopic.php ... 22#p478622


thanks for redirecting me to the same topic

made a video of the blocks game

1: train/teleporter
What about adding some sort of train or teleporter to take the terrorist from one side to the map, to the other side of the map...
Like, when they are in the cage, you open some sort of 'door' to transport them to a game, like leyawin.
Or just a train who takes you around the map (not sure if possible, people might jump out(maybe it's possible to close it with doors?), might block train like they block cells... 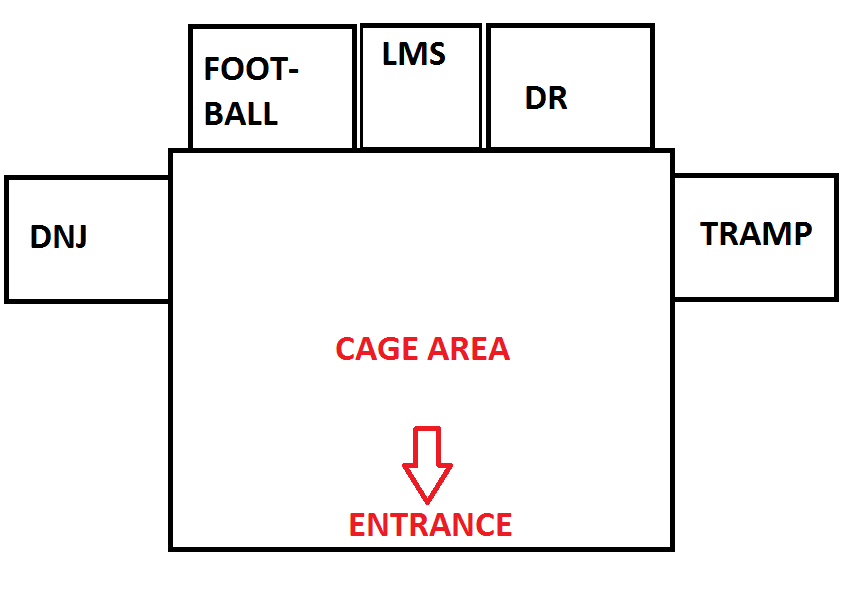 4: disco dnj
Different version of duck and jump, in disco style. Might be possible to implent this in the disco area, where you can choose to just do a 'dancing/music game' or dnj.

1. Color Mix-Up
(apologies colorblind people)
Basically, terrorists need to be locked on a big platform which consists of 9 smaller ones (no spaces in between though). Each platform is one color. In front of the terrorists there should be a big screen, where a random color will appear after the CTs have pressed the button. The terrorists then have to get to that platform as soon as possible, because all other platforms will fall down. This is prolly very hard to make, but hopefully not for Schlumpf.
Here's an example of what I mean. It's minecraft, but I imagine that it's quite similar. (Epic moment 3:35

I'll come up with more ideas later.
Remember to avoid all random death games (123, lms etc...) and, as Waschera said, make it possible for Ts to rebel at the spawn. This was a major mistake on all your other maps (except community maybe)

These users thanked the author Cruxell for the post:
gal

it's not hard to make but very similar to Stickies Survival Games. And I think the Survival game is a bit more fun even tho it's very close.

Donald we still love you.

My idea would be to have a Deathmatch area for Ts where friendly fire will be put automaticly so when there is no member online you can still play a DM with Ts.

Also a Team Race would be great as we have it on sunny. Maybe smth new would be a team race with 3 or 4 members of a teach each to make it more interesting and the race gets a bit more difficult.
User banned 1 Day for this post
Top

Survival (each time you miss a color you get 10hp damage)

These users thanked the author Schlumpf for the post:
Po!Nt

Schlumpf wrote:Survival (each time you miss a color you get 10hp damage)

Looks awesome! Can't wait to test things out, let me know if you need any testing.
“Great men are not born great, they grow great . . .”
Top

Yup surely will, need the test server tho. I will ask uhu or any other admin today.

Schlumpf wrote:Survival (each time you miss a color you get 10hp damage)

Looks nice. I played this game on csgo and it was really fun, looking forward to trying it out on your map.

We will have a Test run for each game when it's finished. If u want to be a tester as well add me in steam
smurfinator_dev

So i can hit you up and ask for your help with testing.