Can the Hotel Manager please make sure that I have a full English breakfast delivered by room service @ 9am sharp. Much obliged.

Some of you guys are alright, Don’t go to room nr 2 tomorrow.
You must take this statement at face value because every statement I make is inherently correct.

Oh plsss those pictures in my head now

wait what.
we're having a party here.
Top

Important note: Someone brought to my attention that I was very ambiguous about the peeking roles in this game. After talking the roles over with an experienced player, I realized my mistake. Sorry about that - my newbishness is showing.

So, here are the updated and accurate descriptions of the peeker roles:
Spy: Once per round you can choose one room number and get back the name of the player in that room and their individual role.

Journalist: Again, choose one room number per round. You will get back the name of the player and their alignment.
Note: This will not tell the player's individual role. For example, if you peeked the Spy, you will get back "X is a member of the mafia."

Sorry again for the misunderstanding, I'm still learning the more complicated systems. End of round should be up shortly.
Top

Unsurprisingly, not all was quiet on your first night at the inn. Shortly after the last echos of midnight faded, a small but determined group met in the darkness of the lounge. They spoke in hushed whispers, debating among themselves until one figure made their decision. The other members of the group nodded and they dispersed as quickly as they had come. Some returned quietly to their own rooms, they were not needed for tonight's work. The remaining ones continued along the hallway, past room after room of sleeping occupants until they came to one room in particular. Unlocking the door was simple enough, and silently closing it behind them, they dragged the unsuspecting Konijn out of his bed. Blow after blow rained down upon him in the darkness as he struggled to cry out, not that there was anyone around to hear him. Some time later the mafia members left Room 13 and returned to their own beds, content in their bloody work.

Not too long after, there was another figure at the door. Konijn weakly raised his head just in time to see a dark boot slam into his chest, sending yet another wave of pain through him. Apparently he was a popular man tonight.

---
The next morning you all awaken refreshed and ready to enjoy the day. As the first group makes their way down to breakfast, someone notices the door to Room 13 ajar. As they go to close it, they hear a weak moaning coming from within - Konijn is lying on the floor, covered in a mess of bruises and blood. He's a mess, but alive. As he is whisked away to be treated and the rest of you sit down to eat, you talk amongst yourselves. Someone must be responsible for his attack, but whom?

Round 1 will end at 23:59 EST on 16 July (i.e. Saturday night.) Those with night actions be sure they are sent in. Everyone be sure to participate and discussion and the lynch. Regardless of your alignment, it is in your best interest.

Also the order of actions is thus:
Lynch-> Room Swaps -> Protections -> Veteran/Sniper Shot -> Janitor Stab -> Mafia Shot -> Peeks -> Janitor returns to a room
(The story this round was out of order (Mafia > Janitor) because the narrative was just too good to pass up. But I will make an effort to stick to the OoA in the story for the future.)
Top 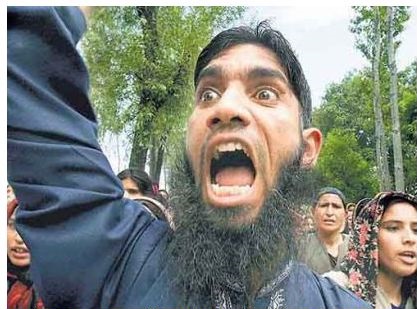 LOL can't believe it, again Konijn...looks like a never ending story...4th game in a row Konijn got injured at R0

Since ko9 was stabbed by both parties, does that mean there is a high chance of him being a villager?
Top

The SK can't injure anyone R0. Only the Mafia can.
Top

The SK can't injure anyone R0. Only the Mafia can.

Users browsing this forum: No registered users and 65 guests