Happy new year to all. We had the first (recruitment) meeting of 2016 yesterday (9th) and here are the results:

Thanks a lot for the opportunity!

Wont let you down.

These users thanked the author capitan pescanova for the post:
MADLIFE!

Happy new year to all. We had the first bitchin' meeting of 2016 yesterday and here are the results:

Happy new year to all. We had the first bitchin' first meeting of 2016 yesterday and here are the results:

You almost got it right, doeda is extended, not rejected
Regards,
zapt0r
Top

Gz to everyone, for the less fortunate keep working and you'll eventually get there if it's done right.
To be humble to superiors is duty, to equals is courtesy, to inferiors is nobility.

gz to all that deecide thye want to handl som shiz when they bored from lif !
Spoiler! 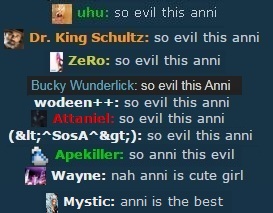 Not sure why someone is recruited so soon after returning from a permanent ban. But gratz.
Top

These users thanked the author CrisP0 for the post:
Panda

zaptor accecpted? lmao this dude is retarded.. doesnt even know 50% of the rules, took him about 1 hour to ban someone that constantly abused like what the actually fuck
[img]https://imgur.com/a/S5GP9Xu/img]
Top

Bonnie wrote:zaptor accecpted? lmao this dude is retarded.. doesnt even know 50% of the rules, took him about 1 hour to ban someone that constantly abused like what the actually fuck

Regardless of what the issue is, this is not the place to use such language. Please refrain from calling people "retarded". It's not nice. If you have an issue with zaptor (and have evidence to back it up) please PM the Admin community so that they can discuss matters there.

OT: Grats to those who have been accepted. Those extended keep your heads up high, you can do it.

These users thanked the author .Cell. for the post:
Panda 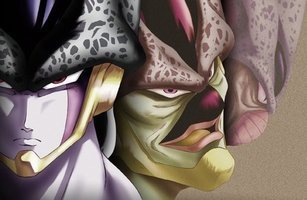 It's weird someone getting recruited after a permban, not that the guy won't have been changed. But is this not to fast? His ban wasn't so long ago so far i can know. I hope you can show everyone you are worth to be a member.

- That Sensei got accepted was no suprise to me, he has done a goodjob and he will be a good member.
- Doeda not getting accepted is a bit weird for some people maybe but i think him being not that active lately explains why he got extended.
- Zaptor, this for me is weird. He is pretty ''new'' and i'm pretty sure he not really known with all the rules (me neither but like basic rules). I would have loved to see him getting extended too like Doeda has. Just to prove he really can be a good member.

Last but least, the effort in this topic.. :/ could have added some colors or so, now it looks like ''oh it's just a topic''. Also a question towards the admins, what you planning to do in 2016 (Server(s) , in-game server(s) improvements or such) ?

These users thanked the author Veghan for the post:
Panda

Must have read what you said wrong, thought you meant people are insulting me on the forums. my bad.

Users browsing this forum: No registered users and 12 guests