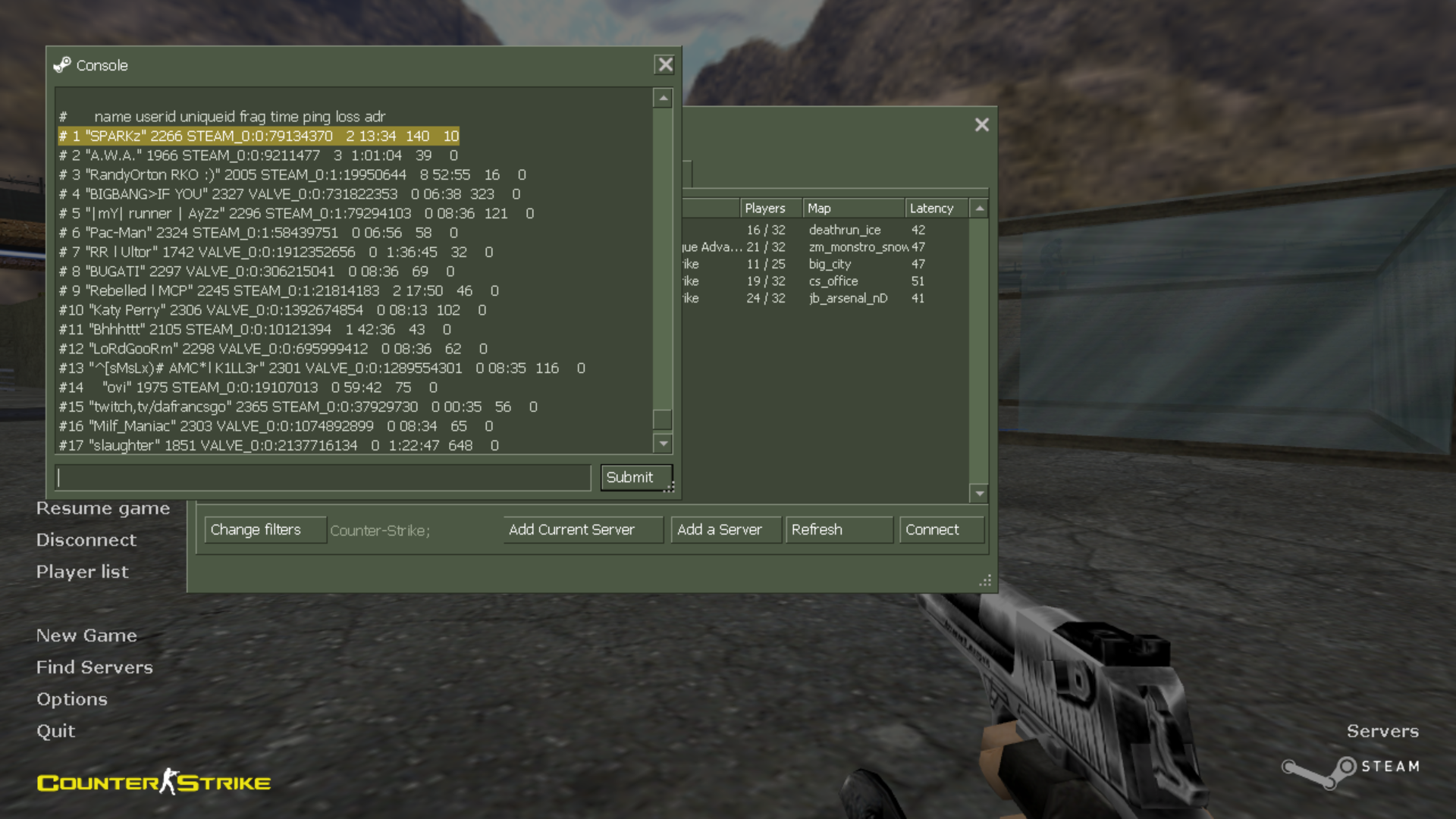 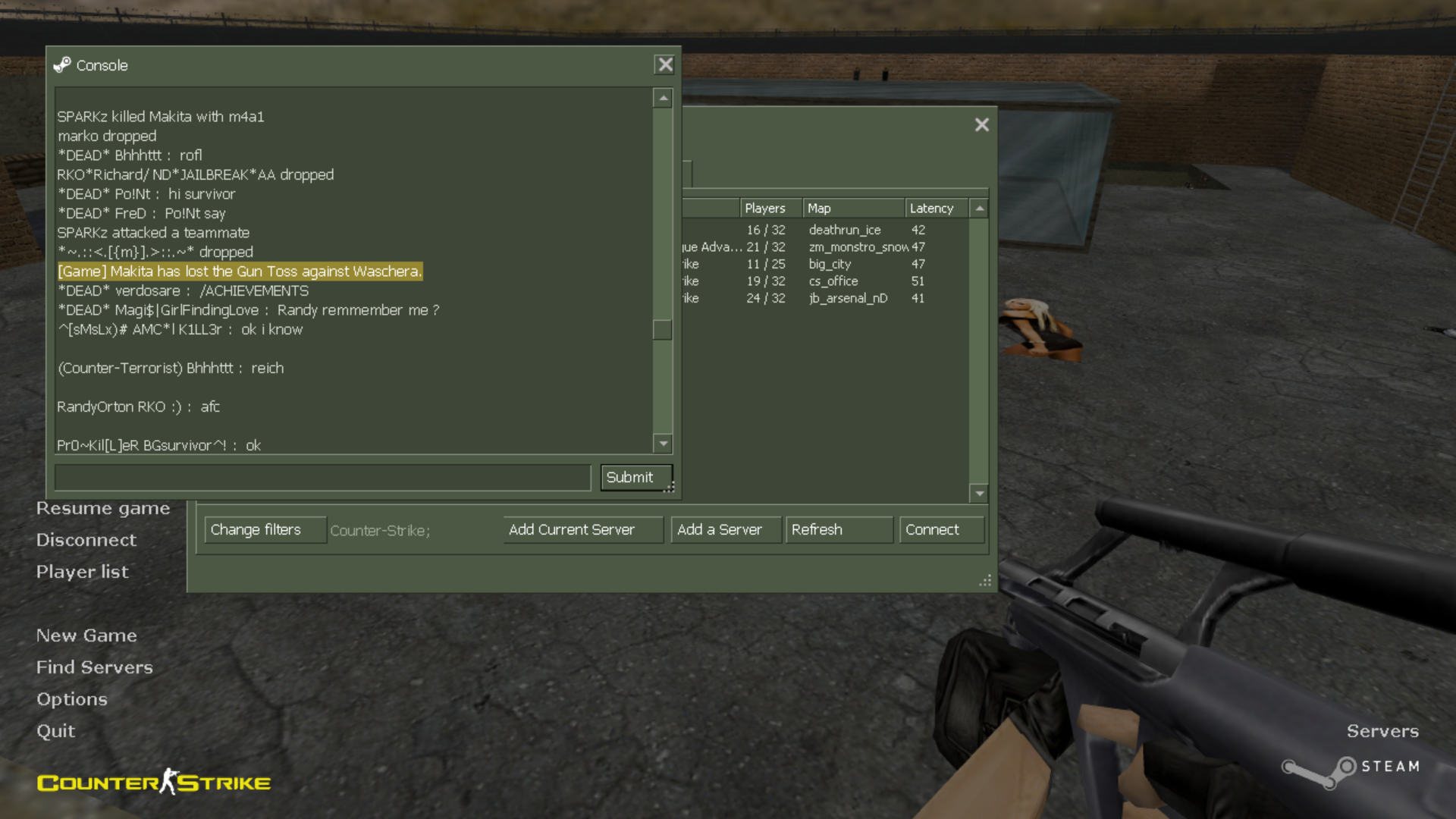 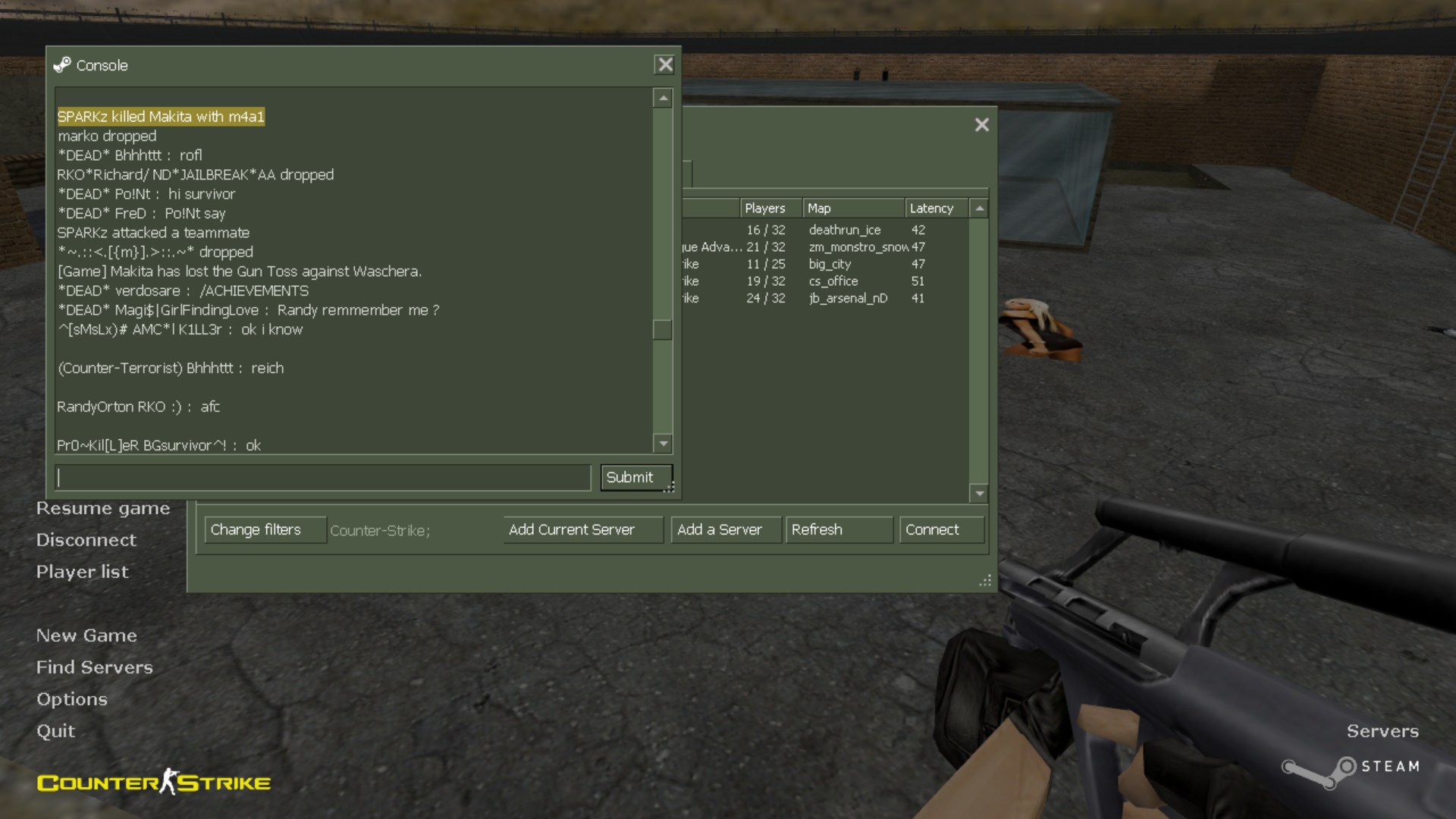 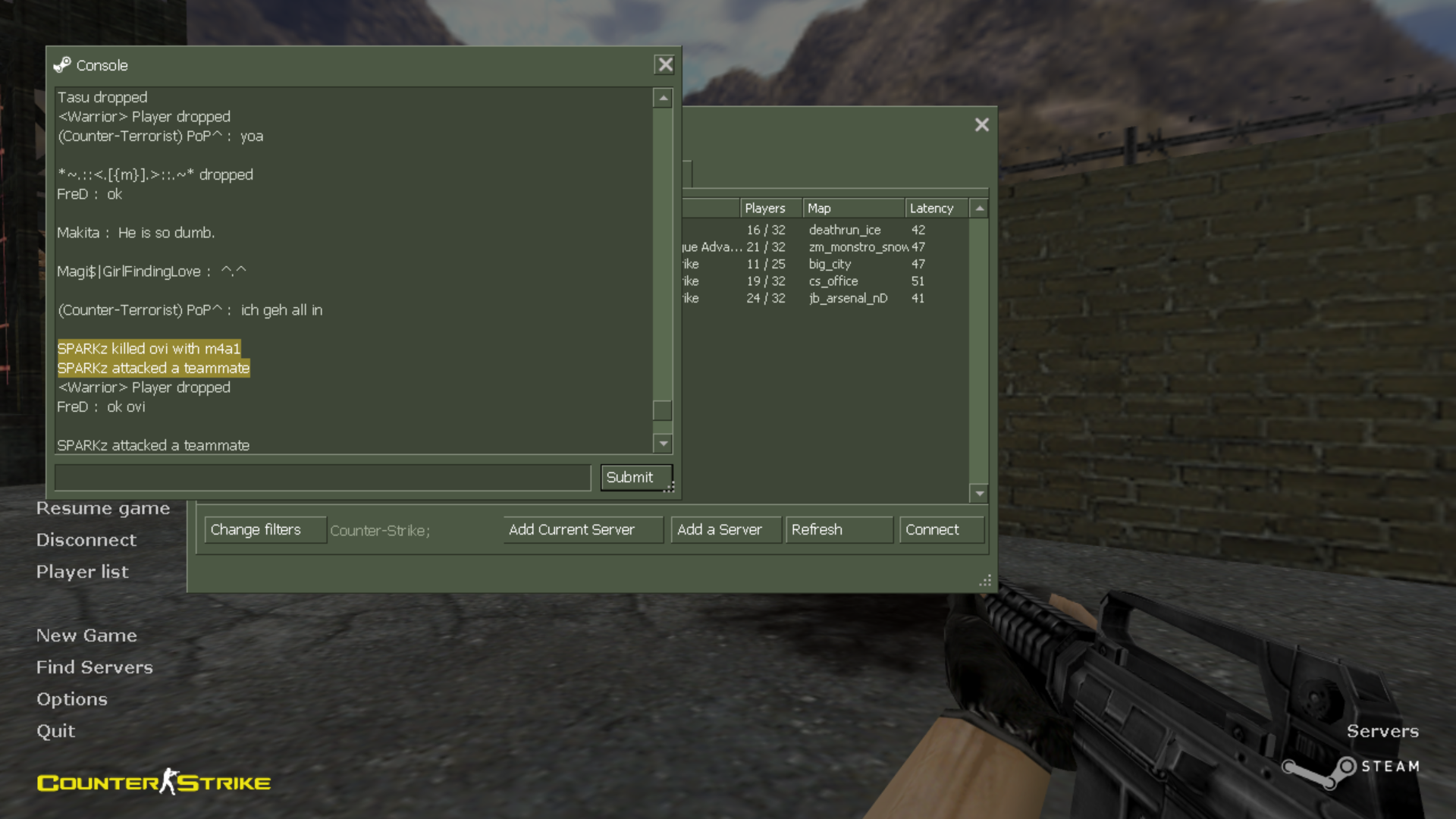 In the first two screenshots you can see that it is my lr with makita. I was running to the cage where we were going to do the gun toss when sparkz decided to just shoot makita in the head.
That is the first freekill he does. Then on the last screenshot he teamkills ovi and try's to kill another teammate before i kill him to stop it. I wasn't recording until the round after that as you will see in the demo underneath. There he takes a nade and trows it at the cage and freekills one in the cage before i take him out.

Btw you should probably take a look at his chatlog as well.

Facts noticed : Teamkilling and freekilling.
Last edited by Waschera on Sun Sep 06, 2015 9:20 pm, edited 1 time in total.
"If one man can create so much hate, imagine all the love we can create together!"

Been constantly harrasing and more, acting like 4 year old childish kiddo who hasent got anything. Kicked him, by the vip for harrasing, got back, harrasing again. voted 30min ban for him, disconnected beacuse I got tired of the shit he is doing. Here is just on 10min. http://imgur.com/a/xnhnJ
16:28 - .Cell.: cause ur black
Russia will rape ya.
Top

not here for spammin just want to say bixplus you always provoke ppl than on forums you act like a good boy when is ur apply commin?
Med kärlek...

King Pipi wrote:not here for spammin just want to say bixplus you always provoke ppl than on forums you act like a good boy when is ur apply commin?

Your post IS spam and you know it! Dont make me regret my decision of earlier today!
Top

I've got additional proof of him teamattacking/teamkilling and harassing all the time. EDIT: He's been warned so many times by admins/members I think it's time he's been put off the server.

I don't know if it counts as additional proof, but he scammed Makita with 235K saying that he will give him a skin for the nD$.
This just indicates what kind of a scumbag this guy is.
"Never look down on anybody unless you're helping them up."