So, I commanded for the first time, and I did a first-/last reaction, but they said I couldn't.
So I suicided.

Then I was talking in mic as T (Sorry for that) bcs I can't make a discus something with chatting. So I had a disscusion about it with her,
Then I said *bitch* to Sarah, ( Who cares about bitch -_- [-> She does] ), anyway,
So she putted me CT and banned me of CT spawn.

Then some Terrorists were blocking the cell door, and she gets crazy, and freekills 3 players and freehitted one more. (Me included and I count for 2 so 4players)
StarBwoy & Exine saw it to.

So what I want:
- Punishement for Sarah.
- And an unban of CT team.

People told you a few times before I meddled with the lr/fr you didnt listen and when I said something you slayed your self not before...
And you had already killed half the ts by a game thats not allowed.

Then you started to harass, you got kicked my starboy aswell, and you kept talking in mic as t you went to far so I ct banned you for 3 days.
I had fully valid reasons off this noone off the members online opposed my punishment either.


And then when it was a new map you kept harassing kept arguing in mic tho we told you to stop several times, you didnt.
I slayed you, starboy kicked you I think on that map aswell, not sure about that tho.

And someone kept blocking each round I was commanding, you where kind off telling us it was you, and so did some ts in my steam, that you where the one blocking the cells, so I was going t kill you, so I accidently killed another t first and then you.

All I did was justified, you had no right to behave like that in the first place...

Yes I was talking in mic bcs we were having a discussion.

If I say in chat that I blocked, doesnt means I did?
I didn't even blocked.

"And I can even add I banned my self for that accidental freekill on the other t for 4 hours"
- Accidental? Ur just crazy in ur mind lol. U couldn't handle it anymore -_-
Private projects Running projects
Top

When several ts say in my steam you did, and you also say it in chat it means you did.

And you acted like a complete douche on the server beacuse you think you can do anything on nD and get away with is cause you know a few off the admins, and your behaviour isnt acceptable tbh....

No it was accidental I was only looking to kill you

and I did a first-/last reaction, but they said I couldn't.
So I suicided.

[email protected]@[email protected], you kept commanding several times after they told you not to, and just kept on killing. So what happened was that the T team got tired of your bullshit, so they rebelled on your sorry ass.

Doesn't really matter if she cares or not, you're not supposed to call her a bitch. Also that wasn't the reason she switched you. That just became a reason later on when you kept on whining. Also you kept on harrasing her for several rounds and I really have no idea why she didn't ban you. I'd perm you tbh


Then some Terrorists were blocking the cell door, and she gets crazy, and freekills 3 players and freehitted one more. (Me included and I count for 2 so 4players)

Several times you blocked the celldoors and admit it in chat, so later on I kinda got tired of being in a cell every single round (think I can speak for every other player aswell) and I saw how you blocked the cell-doors before that time, so when you got in that position I told Sarah in steam chat that if the cell-doors will be block, she should go to floor x, cell y, and kill the one not jumping (you). So she got up and started shooting in the wrong cell. So I quickly tell her that it's the wrong. So she stop in time and goes to the right cell and accidentally kills me. And I'm totally cool with that. After that she killed you and banned herself for 1440 mins 'cause she got fed up with your bullshit.
Top

[email protected]@[email protected], you kept commanding several times after they told you not to, and just kept on killing. So what happened was that the T team got tired of your bullshit, so they rebelled on your sorry ass.

I didn't hear it lal, anyway..

Ur pretty funny, now U do like I'm the bad one, and U were one of the blockers haha,

I just think u should sit out ure ban cuz that is a fair pu ishment.

BTW: sarah u cant kill any t if u havent seen it cuz it could have been sarcasm after some ts had blamed him

*Sarah's side:*
Xalus was provoking in the mic (T) & chat a lot, and later after Sarah banned herself, you started saying in the chat (and i quote) "She is just sick in her mind". By this i do not think this is valid reason's to get a ct unban etc...

*Xalus's side:*
After Xalus provoked in mic to Sarah, she went a bit "mad". She was kind of targeting Xalus and trying to blame him for everything (Cell block's). And even if it was him who was blocking, there is no way (For sure) to tell who each person is behind the cell door, so the free kill's were valid.

I can confirm everything in Xalus's post, but i still don't think he deserve's the unban. So this is how it started, Xalus you started making noises in the mic with Napoleon, he stopped and you didn't, you carried on provoking Sarah till you harassed her, you came CT and you tried to command a cage day but all you did was last reaction with like 15 people which isn't allowed. Afterwards Sarah switched you back to T, fair enough. You came back to CT and Sarah told you not to come back so she switched you back then you came back again so she banned you for 3 days. The map changed and you carried on talking on the mic so I kicked you. You joined again and you tried to make a point that she was wrong, when she clearly wasn't. So you tried to get her even more mad by blocking the cell doors, am I wrong? If so correct me. Anyways, Sarah knew it was you blocking so she went to kill you, she freekilled another T, fair enough after that she banned herself that's her punishment.

That's how it went, now think to yourself and ask yourself if you didn't deserve another strike there? You're very lucky not to be permanently banned at this right moment, so if I was you I'd think a little bit more before you act like that again.

P.S - I don't care if you know the admins, I'm sure justice comes before friendship.

It doesnt matter who blocked, its the fact that you did and even admitted to do so. Your commanding was obviously not how its meant to be so she took action, which is a normal thing to do when you are a member. On top of it you called her a bitch, tbh you are lucky it wasnt me who you called a bitch (; Let that be clear, and let it also be clear that you can praise yourself lucky that its only a CT ban as i wouldve prolly given you a 4 hour cool down ban on top of the CT ban. Simply because youve been warned before to stop using your mic.

I know you are a troll (and you like to provoke people), though one that doesnt always succeed. You tend to NOT listen to members at all, except when you like to do so. And such behaviour is bad and will most likely end up in getting yourself banned. So i suggest you to be smart, or at least act smart and think before you do such random things. Also, next time please provide proof when you report people.

Ow yeah, one more thing. The fact that you ''know admins'' does not make ANY difference in how we punish people. So....

Xalus wrote:So what I want:
- Punishement for Sarah.
- And an unban of CT team.

I hope an instant exclusion of Sarah from the member team, and free VIP after your unban (to cover your troubles), is sufficient, good sir?

Spoiler!
Seriously, you're lucky it's only a short CT ban, not much more to be said here. It's not hard to behave properly. You can do it too.
edit uhu:
Spoiler! 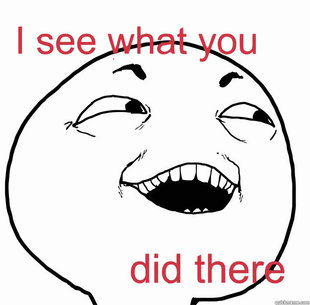