http://speedy.sh/AKVVh/bamse.dem < --- There's the demo of him massively freekilling aswell. ( Download, > steamapp > account > cstrike folder, place it there and "Playdemo Bamse" in console, and you'll see the record. )

Facts noticed : Alright, I'll start off with saying we all know this kids age. He's either between 9-11, and I cannot believe what language he's using. I figured I'd report him, and hopefully get him a break off the server, it's influence on his behavior is no good.
Last edited by RunkOlle on Tue Apr 23, 2013 1:41 pm, edited 1 time in total.
Top

Bamse have been playing around and freekilling for a long time.
He just opened cell for no reason and refused to reply back when we asked him why:
Spoiler! 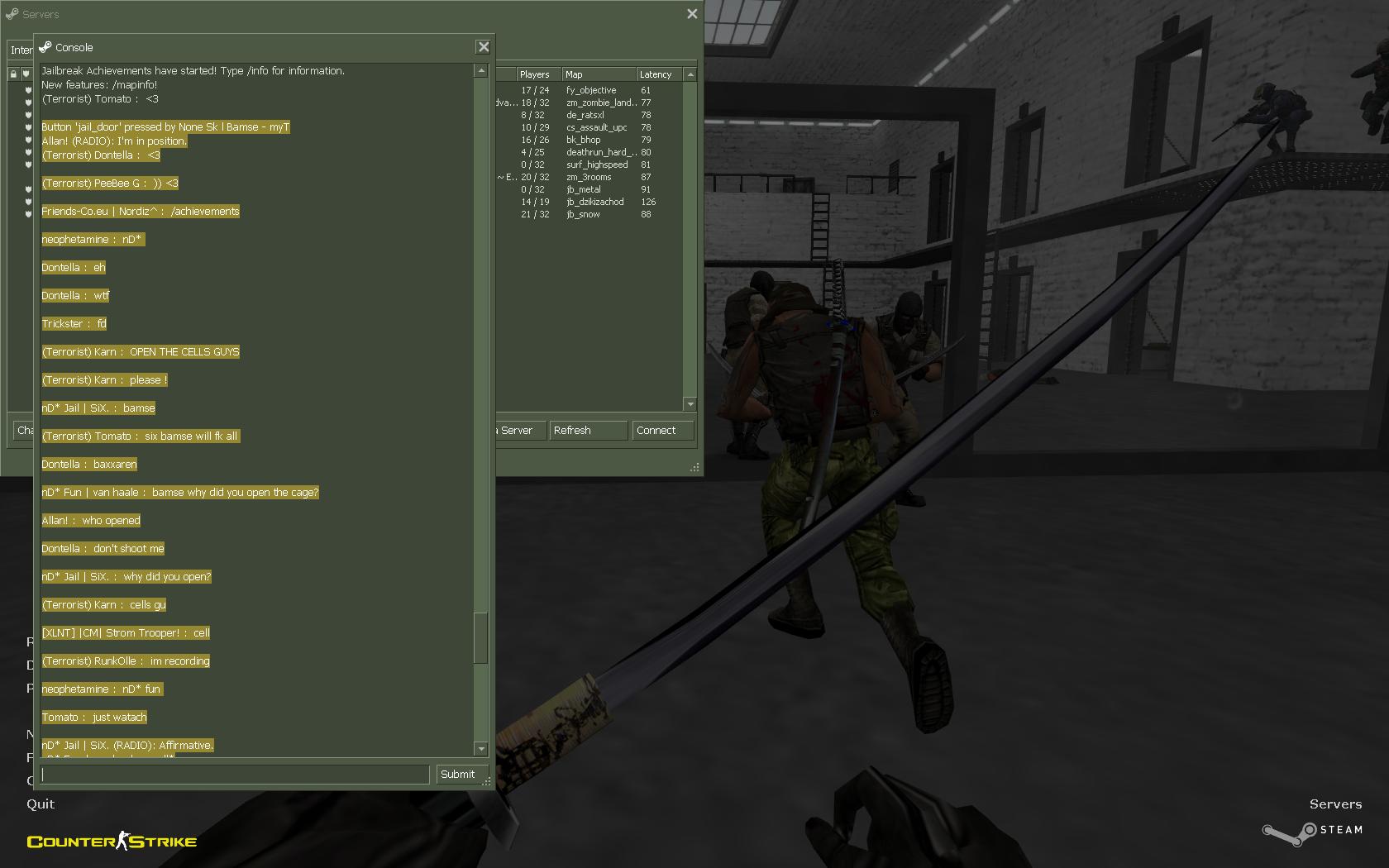 Then I opened my menu to ct-ban him (not only for this moment but in a long run only causing troubles) But before that he mass freekilled all but I managed to ct-ban him 3 days before he left.
Spoiler! 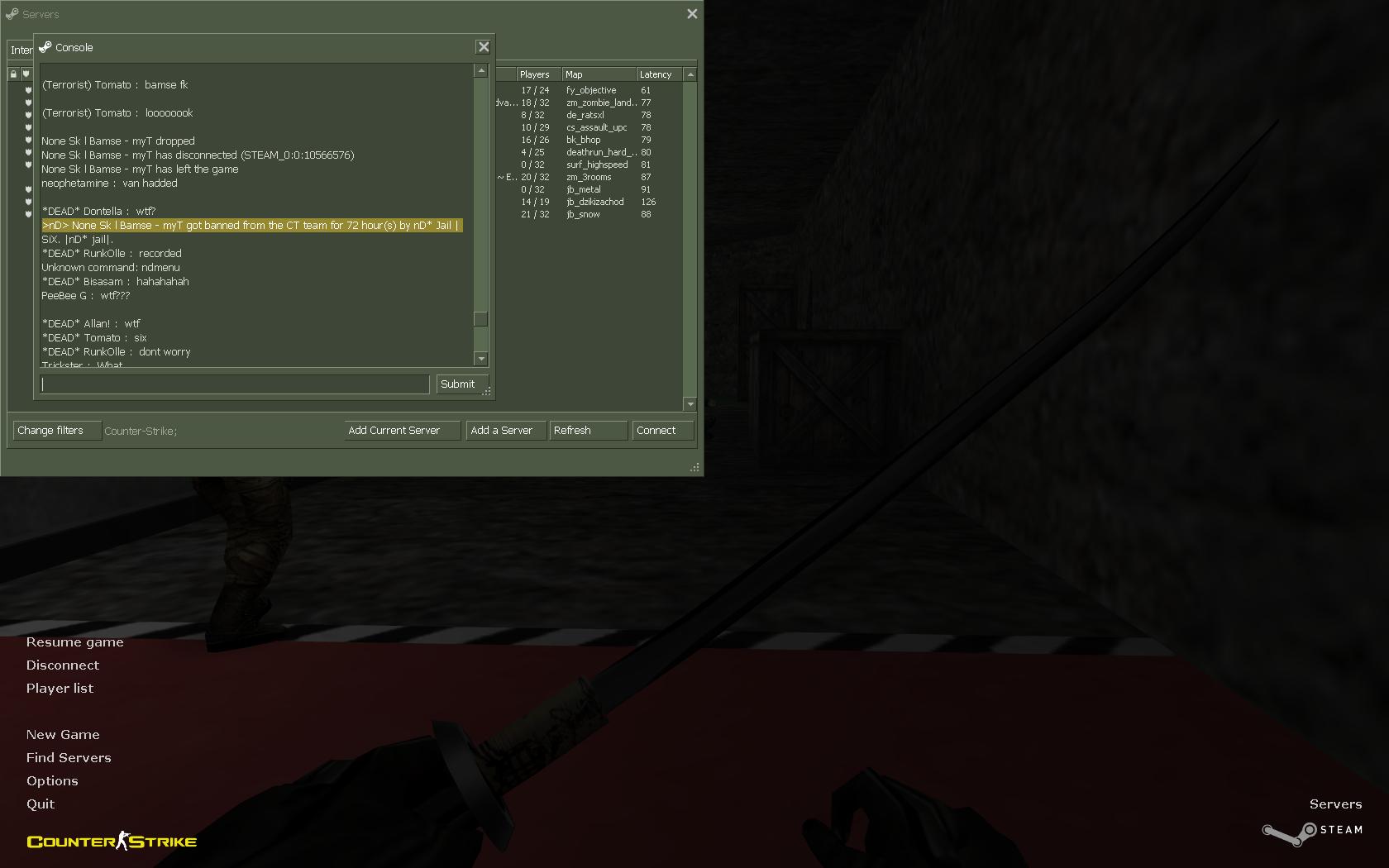 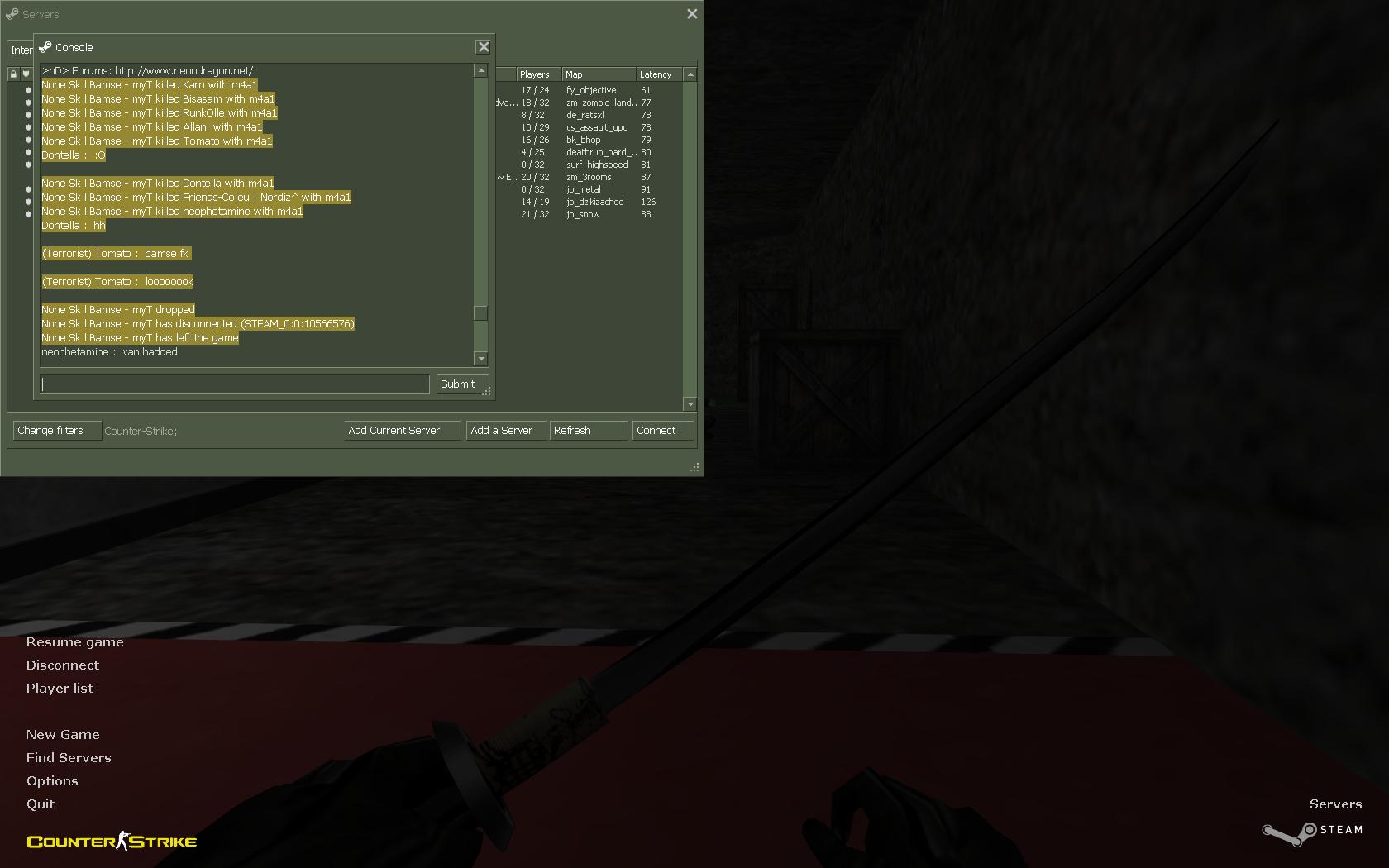 This guy also massive freekilled on mTc for no reason and left. although mTc doesn't belong to nD I still feel this guy is none to have around.
--> http://i.imgur.com/QcyK3WR.jpg (Reason to why I decided to add mTc proof is because freekillers like these are useless to have regardless which community it is as they only seem to destroy the gameplay)
Top

Note to Runk: Please provide a screenshot with his Steam ID in the future

Note to Six: Proof other than hacking from other communities is usually disregarded and was also in this case (in all honesty I didn't even watch it).
To be humble to superiors is duty, to equals is courtesy, to inferiors is nobility.