- Experience Level (including any previous admin work) :
As most of you may know I have been a member in neondragon a couple of times before.

- Average amount of time on our servers per day :
It depends, some weeks more then the other.

- Approximately, when did you start playing on our servers?
I think I started to play jailbreak around 2011.

- After answering these questions, please provide a brief introduction of your life (hobbies, studies etc.) as well as your motivation for helping to moderate our servers.
Hello my name is mark and I am 25 years old.

After a long period of being a member I decided to become a bit more of a troll, I didn't really feel like playing jailbreak anymore and that resulted in having fun on my own or with friends.
I was annoying to admins/members just to have a little bit more fun myself, this was caused by situations that happened back then.

After that there was a long time where the JB servers seem to have died, so I stopped playing aswell.

2 months ago I found out to my surprise that the jailbreak server was full again, after alot of struggles where I wasn't been able to play for some weird issues I decided to become pretty active again.

The reason I want to be a member again is to help out the jailbreak server again like I used to, I don't want to be reminded in this community as that little annoying shit like before.
I know the admin meeting was a few days ago, so I'll try to show the best of me until the next one.

Im looking forward to the reactions.

These users thanked the author apapaoemama for the post:
Panda

I get the feeling that you are gonna be a great member .
Played with you a few times this days . What i can say is that you are a Well-known old player you have full knowledge of the rules and how the jailbreak goes. You re experienced . You re not boring as commander . I didnt join a lot to talk about everything . But m quite sure you would do a great job as member and you will prove that in next days . Its a Yes, goodluck budd
" You must do the things you think you cannot do "

hey, actually i haven't play with you alot but in these days i just saw you commanding 1 time in ct team

and u are not even moderating

moderate a little bit to get a yes from me
You need to behave.
.
.
.
.
.
.
.
Because Everyone Beats The Bad Boy, And Got to The Prison.]
Keep That in Your Mind.
Top

Well, as swat said even me i played with u a few times and days and i see you like A good guy , Respectful, you got nice behaviors and you know all the rules. and i never seen any kind of abuses or something like this but i can't see moderating a lot of or acting like a member.
so i think i'll give you my opinion : Yes

Zaptor always repeats "act like a member before you become one" and so far that didn't apply to you.
You'd maybe become a good member if you actually tried - good luck with wiking on those cons.
Top

I don’t know why you think I am playing around as a ct I litterally never do especially at the start of a round.
you will always see me count the terrorists and Make sure there are no escapers.

Ofcourse when there is 2 t’s left and you are alive with a lot of ct’s you can always like fool around sometimes but who doesnt.

Thanks for replying though
Top

Historically I remember you trolling left and right with 25141.

This is pretty much the same impression I have from you atm. However, it is subject to change as I have not seen you much in-game lately.

Zaptor always repeats "act like a member before you become one" and so far that didn't apply to you.
You'd maybe become a good member if you actually tried - good luck with wiking on those cons.

I certainly know you have the member capabilities in you (most people do), it's just a matter of showing it - both in-game and on forums.
Regards,
zapt0r
Top

No from me because I'd rather have you stay funny or trying to be funny lmao.
Top

Please follow the correct format for replying in an application.
Correct format link : http://www.neondragon.net/viewtopic.php?f=59&t=33040
"The evil that men do lives after them; The good is oft interred with their bones." ~ Mark Antony
Top


In my point of view, experience and good knowledge about the community is key to being a good member, it defines your moderating, when to interact and when to decide what's wrong and not. In this case you really have it all. I would see you as a great member who contributes not only with fair moderating but also joy back to the servers, you're an old school player who's been a member before and also know the banter of the server, I feel like this is needed in the server. I see that people noted your activity, but I feel like you've got plenty of time to actually improve that until the next admin-meeting. For me it's a definite yes, there's no one in this community that's had a clean past, so instead of focusing alot on what you've done in the past (even though it's important to reassure that you're not the same person like you were in the past) we should focus on who you are today, in this case I've only had good interactions with you, you've started commanding a lot more, moderating more and people respect your status. With that said, good luck on your application!

These users thanked the author Haffish for the post (total 2):
Kurza, Supercell

It is not the correct form to reply to an applicant. It would be the same to just type "Yes good guy, I vote yes".

A proper explanation should be given why he thinks he is not funny anymore and what it would change at all. Also, I'm pretty sure he is/would be able to give a con he has to work on too, to let him improve to become better.

On topic:
Other than that I agree to almost everything that hafdog has said. I had a long talk with you at steam chat and we talked about bad stuff which happened back in the days between me and you including 25142. You were willing to give me a view and explanation of why you have changed back in the days to a troll, and why you are not the same guy like before now with the focus on showing your member material you carry in yourself.
I'm sure now you will be a good addition to the team, bcs as already mentioned, you got a good rule knowledge, been here for a long time, know when to step in if moderation is needed and you slowly try to get back to command.

A few cons I would give now would be, stand out of the crowd more again regarding newcomers, show more moderation which I am missing a bit, and try to calm insultive/harassive players down.
Just show the most used sentence which is "act like a member, before you become a member (again)"

I wish you good luck with your application!

These users thanked the author ZeRo#1 for the post:
AlwaysWIN

Haffish wrote:there's no one in this community that's had a clean past

ofc there is lol.


as for you apa, obviously there's your past and we need to keep an eye out for that.

However, if all the other things are in your favour it's not going to stop your membership. You were a liked member back when you were member but you had issues not moderating, and more playing for your own personal gain (at the time jbcash).

How you are today I haven't been able to gauge yet, but haven't seen you stand out too much since I came back; I think if you started commanding more you'd make a strong appearence and stand out positively.
To be humble to superiors is duty, to equals is courtesy, to inferiors is nobility.

Well, i feel like this application is a little rushed. I stopped playing for about a week now, but before that i havnt seen you on the server not a single time, I dont quite remember seeing you if you actually were on. I dont find it right that people decide to come back and instantly apply you know, i mean yeah your a regular people know you and stuff, but id suggest wait for a bit, make your presence known and then apply. As for my vote, i havnt seen your much, > no reports. Its gonna be a No from me. 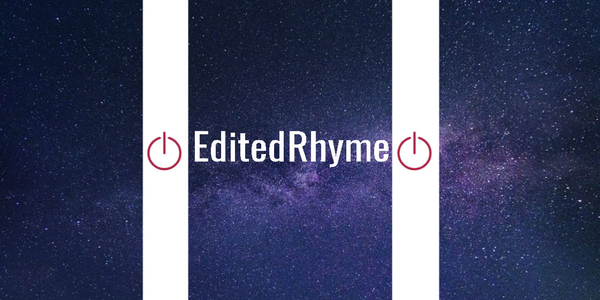 It takes time to observe a persons character really well! In this case, I barely seen you moderate, command, etc! Your activity is fine, as you stated on your application, depends on the week! As for now, I think it is a bit early since I’ve seen you command once & you failed to command that only round! I recommend we observe your traits before we go into more conclusions as my vote will lead to extend! Anyway, good luck apapa!

These users thanked the author SosA for the post:
Abooooookkkk