Welcome guys and girls, before you go on and read the (pretty much the same but not exactly) rules and notifications down the page let me address a few words. First of all thank you for considering signing-up for the new nD Monthly War Event, it means you enjoy it and that means I'm doing a good job, if not .... well sorry. As we all know the summer is here, it has a slow start but nonetheless we are feeling how the heat is rising and people need to cool off. So what better way to cool off than a nice friendly, prize awarding, adrenaline pumping WAR EVENT.

• Playing on 16-bits is forbidden
• The use of the Tactical shield is forbidden.
• Using of bugs is forbidden.
• Moving through walls, floors and roofs is strictly forbidden. This also includes skywalking.
• Silent bombs (ie. The planting of a bomb which doesn't make a sound) are illegal.
• Planting bombs so that they can not be defused are illegal.
• Flashbugs are forbidden.
• Mapswimming or Floating is illegal.
Rules update:
• You need to record a .dem file (demo) even if there will be a HLTV during the matches.
• If you suspect anyone of cheating send me a PM in the next format:
Match: Team 1 vs Team 2
Player reported: X
Map : de_xxxx
• Every player has to keep his demo in his PC after the match ended 30 minutes since if there are any suspicions we can verify them by checking the demos.
• If asked for the demo and you did not record one, you will be kicked out of the event and banned from participating in the next event of the war section. Rest assured you will be reminded at the beginning of the game to record so that there will be no excuses about forgetting or not being notified.
• The above two rules are canceled if and only if there is an active HLTV on the server confirmed as fully operational by the organizer.

• de_dust2
• de_inferno
• de_nuke
• de_tuscan
• de_train
Details as to how and which maps will be played can be found further down the page in the "Miscellaneous" section.

-> Remember this is a 5on5 event that means teams of 5 people will compete against each other on designated maps until one is considered the winner. You can sign-up as a 2-man cell at most (ex: Lien and RiotX sign-up as a team and during the random team picks they will be put together in the same team) or just by yourself but remember if you are a part of a 2-man cell you will be added in a team according to the skill level your cell and the other teams have. The pairing will be done with random.org.
-> If the team does not choose a captain one will be given by default, if the team-captain does not choose a name for the team one will be given to you (ex: Team 1, Team 2, Team Pantyhose etc.)
-> There is no max. number of teams but remember this is a 5on5 tournament. Any more players than the x5(times five) that are expected to sign-up will be put as reserves. Ex: 42 people sign-up -> 42 = 40 + 2 = 8x5 + 2 -> 8 teams + 2 reserves. Who the reserves will be is decided by the order of sign-ups.
-> Further down the page you will notice that the schedules already have an 8-team based tournament ideal at the base of the event, that is purely for exemplifying what the brackets and schedules will look like. The bracket will be modified accordingly after the sign-ups will be closed
-> Before the matches start you will be notified through a PM on the forums thus you will be able to take the information about the match both from this thread and your inbox. Also I advise people who can't constantly watch the forums during the day of the event to add me on steam. Details below.

First place: 100.000 nDcash ( 20k per person ) + medal to prove you are the winner of the event (Medal will be delivered as a signature custom made, not as a real one.)

Remember prizes can change at any time (for the better) if we get donations.

To sign-up simply reply in this topic with "In" or "I am in", if you have a 2-man cell, sign-ups request that approval/consent is needed from both participants. If you have questions you can ask here or on steam at "rambo_1993".

Big thanks to : zone/emilitoo who made the logo , signature and pictures for this Monthly Event, Sultan and last but not least Shadi whom have helped with the design of the pictures as well.
Thank you to mange2 for providing us with the servers needed for the tournament and to Mati, nBi, Karn, killroy284, |)3V!|_, Maltazard and Sp!!tZz^!!<3 for donating the rest of the money needed to fill the prize poll.

Thanks go to Sultan for the nD War Event Medal as well. It will be handed to the winners at the proper time and revealed around the same period.

Also zone and I decided you guys should be proud of taking part of this event so if you want we made a special signature for participants , a signature that can be used by anyone to prove that you took part of the War Event:
Spoiler!


If you want to have the best war experience make sure you follow the steps described in this post and check your rates : Rates Link

Remember these are pure examples:

These are the schedules (Number of teams is simply for example since we expect around a maximum of 8 teams to show up, if the teams are more or less than the ones given in the examples below, the bracket will be modified accordingly) :

*All times are represented by GMT+2
Maps will be decided by two bans between the two Team - Captains in each round. The order will be decided by a knife duel between the two.
Ex: Captain A wins knife duel. Captain A bans de_dust2 (it won't be played during that match). Captain B bans de_inferno. Captain A bans de_tuscan. Captain B bans de_train. -> Map to be played will be de_nuke. Remember this is only available for R1 and R2. During the Grand Final there will be only one ban per team.
Maps to be chosen from :
• de_tuscan
• de_nuke
• de_inferno
• de_dust2
• de_train


Another example from a bracket of the same type of tournament can be seen here
The official tournament bracket will be posted after the teams have been made/decided.

Each Round will be played with standard MR15 Rules and will not end in a draw. If there is a draw there will be over-time which will be represented by 5 rounds played with 10.000$ (ten thousand) at the beginning of the first round for each team on each side that means a total of 10 Over-Time rounds.

The Grand Final will be played 29th june 2013 at 19:00, it will be a BoF3 (Best out Of 3) type of match where the winners will prove their skill. The winning teams are decided by the two teams who won most matches. The final decides which team is number 1 and which is number 2 in rankings. 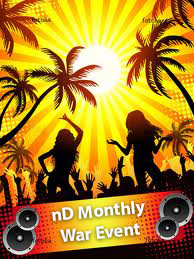 From here on out I can only wish you good luck and may the best "party" win.

Teams have been made click on the spoiler below to see them. If there were mistakes made in the process(leaving someone out) please make sure to reply in this thread and let me know. 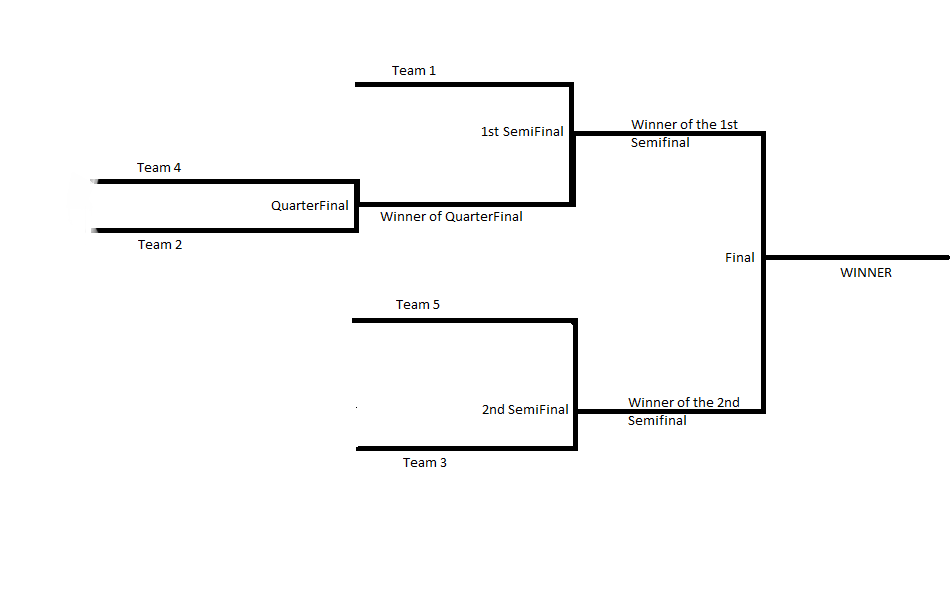 All hours are in GMT +2
Countries that are currently in GMT+2:
Spoiler!
Norway
Germany
Spain
France
Belgium
Italy
Switzerland
Czech Republic
Croatia
South Africa
Zimbabwe
Egypt
Netherlands
Sweden
Austria
South Africa
Hungary
Serbia
Poland
If your country is not listed in the list above you must be from another timezone, to check which timezone you are click the following link : http://www.timeanddate.com/worldclock/c ... tml?sort=2

Since it's undergoing I can only wish everyone luck and as I said before, may the best party win.

Would join if I didn't have a party the 29th.
Top

East Clubber wrote:Would join if I didn't have a party the 29th.

You can join and ask someone to substitute for you on the 29th or even 29th and 30th. Don't worry there's still time.

Sounds great. I am in and if you need my help you can contact me. Also, I will try to gamble some cash for ya

Guys make sure you read the whole thing since you can sign up with a mate as well as a two man cell. Everything is explained in the long-ass text in the first post.

Well in that case.

Sounds good! I am in.
Top

doesnt say anywhere u can join as 5, only as team of 2