Spoiler!
Common Game Type: Open - All rules are posted in the thread and any player may expect answers to any setup questions they ask.
Common Action Timestamp: No Surprises - Voting and actions are held in tight order. Any votes or actions after the deadline will not be counted, even if the Host hasn’t posted Sunset or Dawn yet. Any action not taken will be lost; the Host will not extend a round or give you a random peek or kill.
Common Voting Type: Timed Lynch - At the end of a certain amount of time, the player with the most votes is lynched.
Common Tie Breaker: LHLV - In the event of a tie, the player with the Longest Held Last Vote, or LHLV, is lynched. Basically, the player with the most votes just before the tie is lynched. If a player is tied with No Lynch, no player will be lynched regardless of LHLV.
Common Ghost Etiquette: RP Play Style - Once dead, players may post in the thread and join public IRC so long as they don't make game related posts or comments. They may not PM other players about the game or have private conversations on IRC. If you have data that you'd like to share, please, do so before your death. Dead Mafia/Wolf players are given a partial exception and are allowed to PM other Mafia/Wolves. All players are always free to talk with their Host in private IRC or PM.
Common Game Start: Hospitalization - Before the First Round starts, the Wolves/Mafia will choose one player to attack. That player will not be killed, but will be hospitalized and thus can’t vote in the first round.
Common R0 Peeks: Random Negative - Every player who can peek is given a random peek from all players who would return "No" or "Not X" other than the peeker.
Common Death Reveal: Full Reveal Upon Death- All players, when they die, will have their full role and alignment revealed immediately upon death, in additions to any items they had, locations they were in, when they died (in the case of temporal manipulation powers), and whether any loci were active.
Roles:

- Spider Man (Deputy):- Uses his spidy senses and his web power to sneak into houses, places and spy on people to know what and who they are, he does it once each night.
- Captain America (Doctor):- Gives his shield to a player so that player could protect himself by using it each round.
- The Hulk (Officer):- Gets angry and mad when the Deputy dies and he grows into his full green-sized monstrous body and he goes to a person each round and holds them in one hand making them terrified and making them confess of what they are.
- Thor (Vigilante):- Is able to control thunder and can use his powerful hammer to smash 2 players during the whole game. Guilt: If he throws his hammer and it hits a friend of his, he would feel so guilty, since his feelings control his hammer, the hammer will come and hit him right back and kill him. Idea by Patrick the frog

- Carnage(Fake Doc):- People mistaken him for a hero, has the ability to kill/poison 1 person during the game, otherwise he would be found by the heroes and killed easily.

- Venom (Consort):- Uses his strong webs and huge slimy body to (role) block a player each round.
- Sandman (Convict):- Able to survive an attack or a lynch because of his sandy body that would let him escape one attack and one attack only, he'll die next time.
- Lizard (Goon):- The weakest mafia, his body and powers are very limited that he can't do anything against the hero villagers. All he can do is use his small-lizardy brain to help out his team.

The THING- Tough: His body can only protect him once, but then it gets weaker and it's easier to kill him after the first attempt of murder or lynching him. He is too heavy to lynch for the FIRST time.
Susan Storm- Miller: Her power to be invisible makes whoever sees her mistaken her for a villain and would possibly die if someone sees her being visible for 1 second.

This game is made for 16 players, hopefully we have enough.

Mod-kills: I really don't wish that anyone would get mod-killed but we have to keep up the activity, don't sign-up if you know you're not going to be active. Each player should have at least 3 posts in the course of 2 days.

If you have any questions or any suggestions or concerns, PM me on forums or on discord.

[reserve]
can jump in/substitute a week from now, when I'm back
no discord as well as you think you can't mate
Top

[in] my butt hole 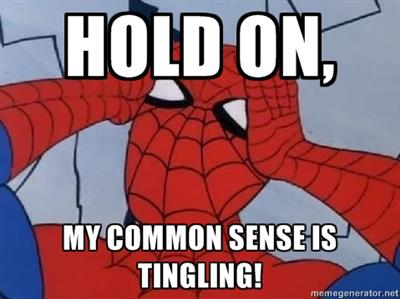 only one hour passed since the sing-ups were opened
Top

only one hour passed since the sing-ups were opened

[in]
I don't think getting 16 players these days + it's your first time hosting is achievable. Consider making changes and set a deadline for sign ups so current players know when the game is starting.
Top
Post Reply
24 posts