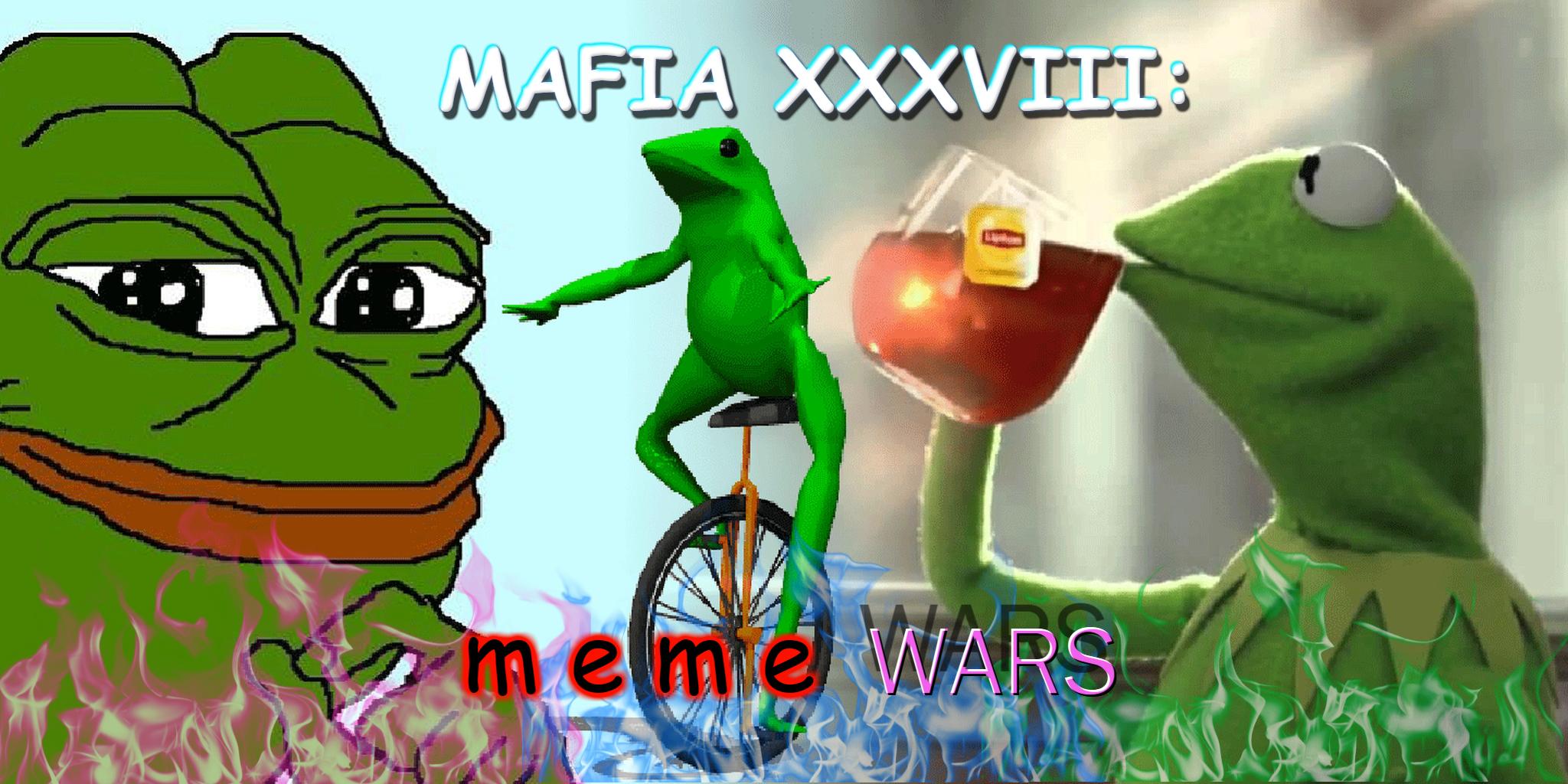 2038:
Backstory (or front story since It's in the future): People are not paying with money anymore, the meme economy has risen high enough to take over the market, and it's the only thing with value anymore. People are saving their best pepes and others are using all their wack memes. New ideas and new memes become investments and old memes lose value depending on how used they are. A group of memers called the Frogsters are taking over by making more frog depening memes, and since they own about 100% of that market together the use of their memes become so valuable every other meme loses value. kek

The only way to stop this great force is to take them down before they can take over the world economy. But it isn't as easy as it looks like, they have guards and different powers because of their high position.

But Blaze, we know how they look like, we can kill them in their sleep? Thats what you think but they are hiding their IP and they are behind the screen. So you have to interact by writing to others to find out who is one of these Frogsters to kill them like a bunch of nerds.

2. Think of all possibilities.

When will the game start ?

Soon(TM)
You try to give your love away because you cannot bear its radiance, but you cannot separate it from yourself. To understand your fellow humans, you must understand why you give them your love. You must realize that hate is but a crime-ridden subdivision of love. You must reclaim what you never lost. You must take leave of your sanity, and yet be fully responsible for your actions.
Heart-Break
Top

against my better judgement, I'm in
You must disregard the statement I am currently making because every statement I make is inherently false.

Everyone gets a role, so everyone has something fun.

@Blaze what about this?
Top

@Blaze what about this?

Was to tired to think about it yesterday, nice of u reminding me.

in
You must take this statement at face value because every statement I make is inherently correct.

These users thanked the author Mystic for the post:
[email protected]$$