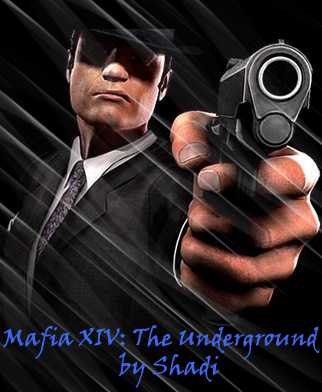 It was a pretty common day. I was in a bar doing what I do for living; gambling. I was doing pretty well against a regular fish - I was wondering if he ever learnt. After winning the game he sighed his usual sigh and left the bar. As I went up to the bartender to grab a glass of soda as alcohol wasn't really appealing at that moment I suddenly heard heavy car drifting. I turned around and the moment I turned around I became flabbergasted as a car flew in through the window and nearly hit a table where two old men were sitting at. People were screaming and they ran out of the bar including the employees. A little Asian guy with a suitcase who I have never seen before; probably the owner of the place, was calling 911 as he panicked he grabbed his jacket and ran out. As he tried to run out he nearly fell over the doorstep. I thought "what a putz". And then remembered the actual situation I was in. I looked around and saw the now very smashed car. There was absolutely no one inside. The window was broken, I saw a suitcase and out of curiosity I grabbed it to check what's inside. As I grabbed it I heard shooting. I ran with the suitcase forgetting it was actually in my hand. I ran very far and suddenly I grabbed a bike that wasn't locked and took a few routes as I knew the city like my own pocket. I then went home and realised I still had the suitcase in my hands despite it making it harder to ride the bike I didn't think much about it in the heat of the moment. I decided to check what's inside - I saw cash, a lot of cash. My first intention wasn't to count it but rather ask myself what the cash was for and what to do with it. Was that what all this shooting was for? I placed the suitcase under my own bed. I decided to rest my head and go to bed. I woke up next morning and was ready to do a little paper work as I planned to move apartment, I saw the news and heard of a car chase that was in the area where bar was in. The vehicle registration plate number wasn't on the car according to the police report so I gave up the thought of trying to find the owner. I grabbed my phone to check the time and see that I woke up earlier than the alarm but I also had a multimedia message which I hadn't ever received before so I had to check instantly. I saw a video of my sister with tape wrapped around her mouth and her hands bound by a rope. A robotic voice said the following "Hand over the cash, or this pretty woman will be.... 'liquidated'". I was requested to meet in the alleyway next to the bar 10 PM sharp. I knew exactly where it was and decided to bring the suitcase there. I went early and arrived there at 9:45 PM and decided to sit on a bench out of the alleyway until time is was time..

Mafia:
Don - Able to peek a player and receive that player's role each round
Godfather - if peeked by the deputy, he'll appear as a villager
Goon - a powerless mafia member
Hitman - Able to kill one player in addition to the mafia's nightly kill any round once (18+ players)
Counterfeiter - Able to manipulate all alignment peeks (basically the deputy's) once in the game so they become the opposite of what they'd normally be - would also make the Godfather appear as mafia! (24+ players)
Mafia Trainee - If a mafia power role dies he takes over that power if he's alive. Charges are returned even if used, unless you become the counterfeiter, but if the CF hasn't used his charge you still have it. (28+ players)


Village:
Deputy - Able to peek for a player's alignment each round (if he peeks the godfather, the result will be negative like it is on a villager)
Doctor - Able to protect someone each night to prevent a nightly kill, cannot protect the same player twice
Priest - As long as he's alive dead player's roles are posted.
Vengeful - If lynched, he can bring one with him to death; not obligated.
Hunter - If mafia reaches parity while the hunter is alive, he shoots a random mafia to prevent parity - can only happen once (18+ players)
Martyr - He may target one each round, if that target gets hit by a kill action, the martyr takes the hit instead (24+ players)
Village Trainee - If a village power role dies he takes over that power if he's alive. Charges are returned even if used, unless you become the hunter, but if the hunter hasn't used his charge you still have it. (28+ players)
Villager - Powerless villager [in]
You must take this statement at face value because every statement I make is inherently correct.

I might join if you put up an afk modkill rule.
Spoiler!

Royal Toon wrote:I might join if you put up an afk modkill rule.

Having no game-related post in the thread for 2 rounds = modkill
^ added
To be humble to superiors is duty, to equals is courtesy, to inferiors is nobility.

Are you sure?
Spoiler!

Users browsing this forum: No registered users and 20 guests