My experience level isn't so great as I told you on my first application, I've been a jail member at a long lost dead community called DeSync and I've also been a zombie member previously here at Neondragon for 6 months. I enjoyed my time here and I wish I can have even better time around here now, ready for it.

- Average amount of time on our servers per day :

For now I can only play 2-4 hours since I'm on holiday but once I go back to London in 3 days I will be able to play more often, possibly for 4-6 hours or even more if I'm free for it.

- Approximately, when did you start playing on our servers?

I started playing in neonDragon in April 2011, on the jail server. Then after that I "discovered" that there was a few more servers so I tried out the zombie server and also the surf gungame which I used to enjoy a lot. I was under the nickname "Lala" and I had a pretty bad fame around there so I tried to clean it up with a new nick called StarBwoy^.

- After answering these questions, please provide a brief introduction of your life (hobbies, studies etc.)

Right, I will tell a little bit of my life since I've said some of it on my other application (http://www.neondragon.net/viewtopic.php?f=123&t=13068). Hello, I'm Paulo and I'm 17 years old. I currently live in London but I'm originally from Portugal where my parents were born. I moved to London when I was 10 years old and honestly, the first 2 years or so were hard for me to get used to the new area and atmosphere around me. I used to go to a boys school, only boys yes and no I'm not gay, but suddenly my last year of school changed since the school merged with another school so my school became mixed with both genders. I'm currently in College and I will probably start working soon and obviously get my driving license too

. If you want to know the reason I left the team it was because I was under the exams phase and I needed to study hard to get good grades and right after I was going to go on holiday so I didn't want to be 2-3 months inactive which would lead me to getting kicked so I prefered to leave. Anywho, if you wanna check out a little bit more of me you should see my previous application as it'll show some of my previous adventures and past. Sorry if this application isn't as detailed as the other but I didn't think it was necessary.

Your motivation for helping to moderate our servers.

My motivation is to get rid of the all the cheaters and rulebreakers in the servers, not just the Zombie server but all of the neonDragon servers, even though there's 5 members just for one server in my opinion they're not very active there at the moment and I think I could help with that. My motivation is high and it's the same as some months ago.

Starzy is fully back I see! You've got my vote. 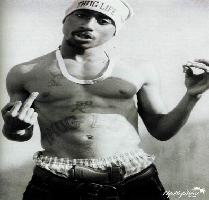 )
You must take this statement at face value because every statement I make is inherently correct.

A definite yes I don't really have any cons to state, this ryyyyyfboooy needs to have a red name again.

Also, it's not really a surprise; nor would |nD| Starzy be!

Nothing else to say for you noobie

Theres a couple fucking junglecats out here..
I live to kill and kill to live.

I don't think my vote counts but you was a good member the few times I saw you in Jailbreak, though you're aplying for zombie (again)
I will simply vote Yes, good luck.
Top

Shadi wrote:Also, it's not really a surprise; nor would |nD| shadi be!

Fixed ur spelling error my friend.

Anyways as for you starzy, ur a good guy and you used to be a good member. So I wouldn't see any reason not to say yes
Top

Played with you a few times on Assault the last week, you seem like a nice guy and I don't recall anything bad from your previous period in the team. Judging the replies above, you seem like a welcome addition to the Zombie team. Good luck!

I'm sure you'll be accepted back, hope u stick around this time, gl.

Thanks for the replies guys & girl.

@Shadi, Jellow has corrected it for me Welcome back in the team, I suppose :p
Top